Character animation is not just about cartoons. They come in many different shapes and sizes, styles, and formats. The most important part of creating character animations is creative development. At Gnu, we work with you and your brand to ensure the visuals represent the narrative and the audience. Characters don’t have to be goofy faces with funny hair, we can turn anything into a character including your logo! We create all characters from scratch, with our highly skilled artists and animators drawing up the perfect visuals and then lovingly bringing them to life to help you to connect with your audience. Drop us a line to find out more!

Get a Quote for our Character Animations 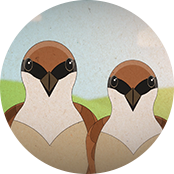 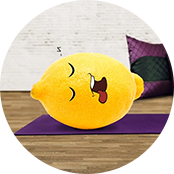 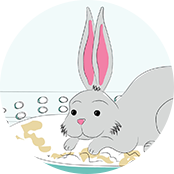 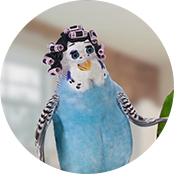 FAQs about our Character Animations

What are character animations?

Character animations are about ‘personification’. Taking an inanimate visual and giving it human traits and characteristics, adding movement and sound to let the audience imagine it has thoughts and feelings. This allows the audience to identify more easily with the animated message without over-identifying human pre-formers such as gender or age. It’s a versatile and useful format for most messaging and industries when done correctly.

What is the difference between 2D and 3D character animation?

3D animation moves in 3D space giving it perspective and realism, often with complex skins that emulate real-life textures. 2D is a flat format that can emulate perspective but not be seen from all sides. The facial movements tend to be less realistic. 2D is generally quicker and cheaper than 3D animation. Ask your character animation company which approach would work best for your brand.

How much is 2D character animation?

Character animation is generally more costly than a simpler icon-based animation due to the time it takes to animate the additional movements required to create a good effect. Adding talking / lip-syncing can increase this cost too. However, we do offer animation packages with pre-rendered characters which can cost as little as £900 +VAT. Get in touch to find out more.

Where do I get a talking character animation?

Right here! Animated talking characters essentially add another layer to the animation. Once we have our audio recorded we can produce the characters. We block their movement in a storyboard and then start animating the character to the audio. The last stage is making the mouth move to match the vowel sounds we can hear. Talking animations can take longer than those that don’t but it really is worth it.

What sort of animation is best for business?

There is such a huge range of choices out there for animation style, it’s important to choose what works for your brand personality and corporate image rather than what is trending or you could divide your audience. Have a look around at some successful business animation examples and see which speaks to you and ultimately your customers. Have a look at all types including whiteboard animations, character animations, explainer videos, infographic animations, and even hand-drawn animations. Talk it through with your animation agency and then make the decision together.